Elizabeth Metis Settlement is located approximately 36 km south of Cold Lake, 46 km east of Bonnyville and 300 km northeast of Edmonton, within the Municipal District of Bonnyville No. 87 near the border of Alberta and Saskatchewan. It was founded in 1939, has 25,641 hectares of land and shares a southern border with Fishing Lake Métis Settlement.

The estimated population of Elizabeth Metis Settlement was 820 after a 2009 municipal census, although that number is disputed with the results of a 2011 federal census stating the population is only 654.

Elizabeth Metis Settlement’s economy is diverse, with members being involved in a variety of industries including oil and gas, forestry and construction. Services provided to the community include health services, counselling, educational programming, homecare assistance for elders, day care and family and child services along with programs focussed on culture and language, health, nutrition and parental involvement.

The nearest hospital is in Cold Lake, but the local community hall has an office for a nurse that attends to all seniors and those with disabilities. Annual immunization shots and diabetes testing is also administered by health officials who travel to the settlement.

The local Fire Department also provides protection services for settlement homes and lands, due to the nearest certified fire department being in Cold Lake. Elizabeth Metis Settlement School is for students up to Grade 8 and has an on-going Cree language program that began in the 1980s to preserve youth’s connection to their native language. Students then go on to either Assumption Jr./Sr. High School or the school located in the Cold Lake Energy Centre, with post-secondary education being offered locally through either the Portage College or Bonnyville Centennial Centre.

The settlement has natural gas and electrical power, along with telephone, Internet and satellite capabilities. Local Métis performer Debbie Houle sings professionally with the Aboriginal women’s trio group “Asani” as lead vocalist, harmony and playing the drums and rattle. Houle has performed both nationally and internationally. 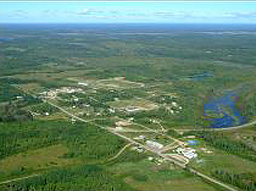 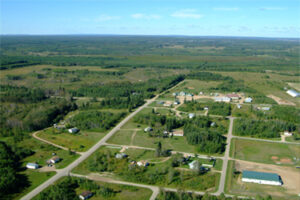