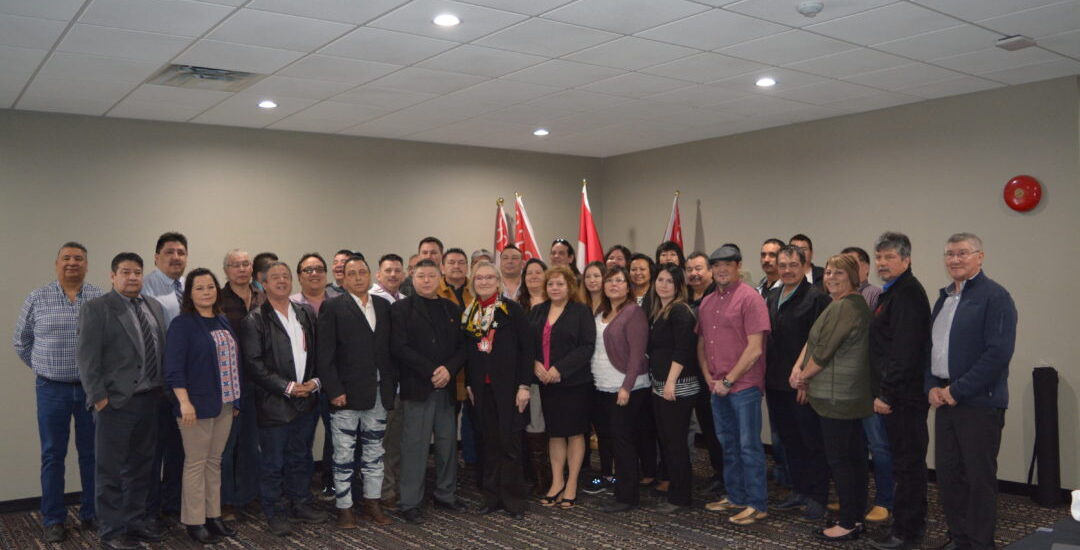 On Friday, March 16, 2018, the Metis Settlements General Council Assembly wrapped up a three-day strategic planning and governance retreat with a round table meeting that included Minister of Crown-Indigenous Relations and Northern Affairs, Dr. Carolyn Bennett. At the meeting, the Minister was presented with a draft of a Metis Settlements-Canada Framework Agreement that was approved by the Assembly. The Minister accepted the document but has not yet signed it. The Agreement reflects more than a year’s worth of work and discussion with the Federal Government, as well as extensive consultation with Metis Settlement Members.

In December 2017, the stage was set for the development of the Framework Agreement when the Metis Settlements signed a historic Memorandum of Understanding with Canada that set out the key priority areas for discussion with Canada. These areas include health, infrastructure, consultation, education, and much more. For full details, the Memorandum of Understanding can be found at www.metissettlements.com. These priority areas were developed in consultation with the Assembly, and with Settlement Members. The purpose of all of this work is to establish a government-to-government relationship with Canada that recognizes their responsibility to the Metis Settlements based on the Supreme Court of Canada decision on the Daniels case.