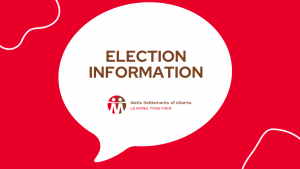 Successful nominations for MSGC’s officer’s election to be held on November 17th, 2022.

For the office of President, two nominations were made:

For the office of Vice President, three nominations were made:

Nomination day is November 3rd in MSGC’s offices in Edmonton. Nominations may be made by any Settlement Councillor. Call Returning Officer Maurice 780-988-6650 to receive a nomination package.

Call Returning Officer Maurice at 780-988-6650 to receive a nomination package.

(click the link to read the notice in PDF) 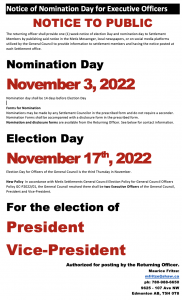 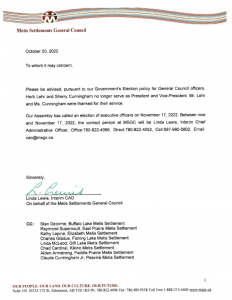