My name is Sherry Cunningham and I am the Treasurer of the Metis Settlements General Council. I am very honoured and humbled to have the opportunity to continue to serve the members of our eight communities. I look forward to working with the newly elected President, Herb Lehr, newly elected Vice-President, Roechelle Gaudet and re-elected Secretary, Dot Anderson. The next 2.5 years will be very busy as we work together to carry out the mandate given to us by the General Council Assembly.

Since the Daniels Decision was released in April 2016, MSGC has been engaged in discussions with the Federal Government. It is critical that these discussions/negotiations continue. The members of our communities are eagerly anticipating a positive outcome to follow up on the signings of the Memorandum of Understanding and the Framework Agreement. Negotiations are expected to resume at the end of June 2019. The MSGC Negotiating Team is comprised of the Settlement Chairs and the Executive members.

The Executive are also planning to conduct tours to various Settlements to provide updates on activities taking place. These tours will be conducted upon invitations from Settlement Councils. On May 27, 2019, the Executive visited Buffalo Lake and provided information to Settlement members on the Federal Process, Long-Term Agreement and other activities. Settlement members in attendance asked several great questions and made notable recommendations. The members also appreciated the opportunity to discuss key issues.

As we are all aware, a new Provincial Government was elected on April 16, 2019. On April 30, 2019, the President and myself had the pleasure of attending a reception of the newly elected Government. It was a great opportunity to meet the Honourable Premier, Jason Kenney and the Minister of Indigenous Relations, Honourable Rick Wilson. There will be several key policy changes in the near future. Fiscal responsibility seems to be at the top of the list in addition to the creation of revenue. The Metis Settlements will have an opportunity to participate in a new “Indigenous Opportunity Corporation Fund” which is being created to ensure Indigenous people have an opportunity to be part of key investments in Alberta (i.e.: pipeline, etc.). The Honourable Minister of Indigenous Relations, Rick Wilson, has informed that he will be attending a meeting of the General Council to inform on this new initiative. This meeting will take place during Summer 2019.

To date, the Minister has indicated that he very much would like to work with our organization to enhance the quality of lives for our members. MSGC appreciates the genuine effort of our Minister in recognizing our unique status as the only land-based, legislated Metis Government in Canada (and beyond).

With regards to the Long-Term Governance and Funding Arrangements Agreement (LTA) signed on July 04, 2013, the Annual Workplan and Budget for Fiscal 2019-20 received approval from the LTA Implementation Team on June 13, 2019. The next step will be to submit the Workplan and 7 Budget to the Minister of Indigenous Relations. We are hopeful that this can be done by June 28, 2019. Staff members at Indigenous Relations will be assisting with this task. Once the Minister approves the submission, the department paperwork will commence to get the dollars flowing to MSGC. MSGC will then flow the dollars to the communities as allocated in the Annual Plan/Budget. However, it should be noted that discussions have commenced regarding the winding down of the LTA and the approval of a new, streamlined agreement. It is expected that these discussions will continue over the next while and will result in a new agreement.

At General Council, we take extreme pleasure in recognizing the Graduates. The months of May and June have been filled with attendance at various grad ceremonies whereby the Settlement graduates are recognized on an annual basis. Each graduate (Grade 12 and Post-Secondary) is presented with a traditional MSGC sash. We are so very honoured to participate in these wonderful events. To date, MSGC has participated in Grade 12 Ceremonies at: E.W. Pratt High School in High Prairie, Edmonton Catholic Schools Indigenous Celebration, Assumption High School in Cold Lake, J.A. Williams High School in Lac La Biche and Cold Lake Outreach High School. In the near future, graduations will be held for the Cold Lake High School and St. Andrews High School in High Prairie. This year there are at least 60 graduates!!! So awesome! Also, to date, MSGC has participated in Post-Secondary Ceremonies at: Lakeland College in Lloydminster, Portage College in Lac La Biche and a Ceremony in Buffalo Lake recognizing graduates from their Environment Monitor Program. On June 28, MSGC will attend the Ceremony being held at Blue Quills College. The Ceremony for the Northern Lakes College will be held in September 2019. Congratulations to all the graduates! We are so proud of you and wish you the best!!

Should you have any questions or concerns, please feel free to contact me anytime. 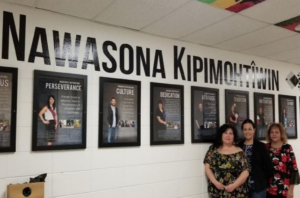 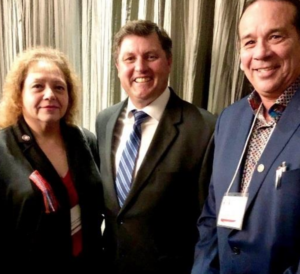