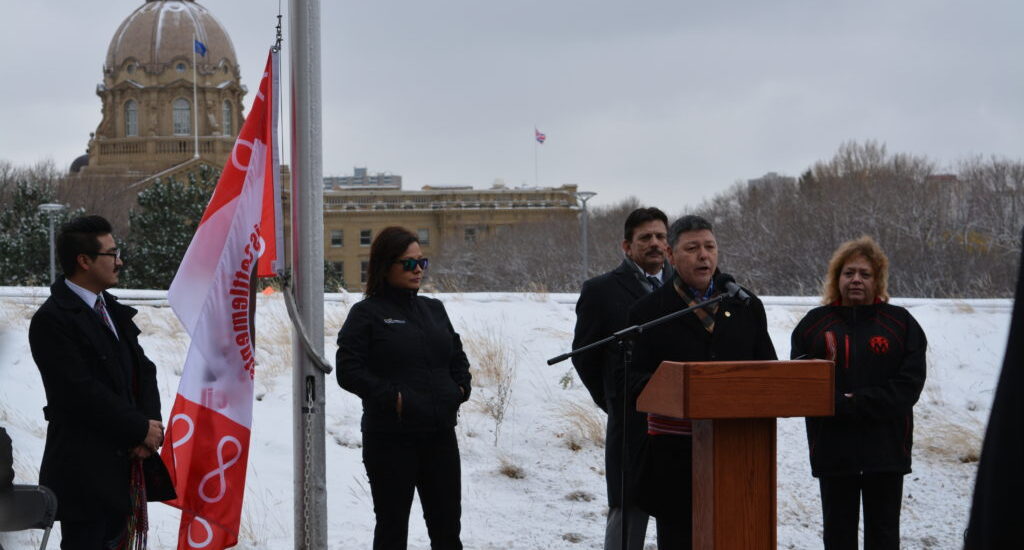 On November 1st, 2017, for the first time in its almost eighty-year history with the Government of Alberta, the Metis Settlements General Council will be joining with members of the Government and other dignitaries to raise its flag at the Alberta Legislature. This historic ceremony is taking place to commemorate the anniversary of the proclamation of the suite of legislation negotiated as part of the Metis Settlements/Alberta Accord (1989). The Accord established the eight Metis Settlements and the governance structure that exists today.

Gerald Cunningham, President of the Metis Settlements General Council had this to say about the event:

“The Metis people helped to settle the west and played an important role in the evolution of Alberta. We were here before Alberta was even a province and many Albertans are not aware that the only legislatively protected, land-based Metis communities in Canada are right here in their Province. We hope days like today help bring that awareness.”

The Metis Settlements and their members have a long history in the Province of Alberta, going back before the Province was established in 1905. It was an act of the Legislature in 1938, the Metis Betterment Act, that established what were then referred to as the Metis colonies. These communities evolved and grew as beacons of the Metis way of life.

“We appreciate the long history between our Settlements and Alberta, and we’ve come a long way in eighty years but the work of community building never ends. We are also beginning the process of reconciliation with the Government of Canada given recent Supreme Court decisions and we truly hope that all three parties – the Metis Settlements, Alberta, and Canada – can formalize a framework to cooperate as we move forward.”