Fishing Lake Metis Settlement is located 52 km south of Cold Lake and 15 km east of Highway 897, within the Municipal District of Bonnyville No. 87. Over 400 members live on the settlement, that has a land base of 204,381 acres, and shares a border with Elizabeth Metis Settlement.

Some of the earliest Fishing Lake residents came from Edmonton as early as 1807 and Fort Chipewyan as early as 1819. Although fur trade was a dominant industry, Fishing Lake Metis Settlement earned the name “Packechawanis” or “Puktawhanis,” meaning “a small place for netting” due to the abundance of jumbo whitefish and served as a historic fishing camp.

During the 1885 Métis Resistance at Batoche, Saskatchewan, Métis leader Louis Riel and his supporters camped at Fishing Lake. Led by Charles Delorme and J.F Dion, Fishing Lake Metis Settlement is also home to the Métis movement at the beginning of the 20th century. Residents of the former St. Paul des Métis Settlement settled in the region, along with members during the 1920s and ‘30s from western Canada and the United States of America.

Although Fishing Lake Metis Settlement was established in 1938, they were not given their current land boundaries until 1949. It is also home to many log homes that were built in the area, leading to logging and timber cutting programs held each winter, while traditional hunting, trapping and fishing continued as well. Members are employed in different ways including farming, oil and gas, administration and entrepreneurial endeavors. Hunting and fishing remains popular in the community.

One of the most prominent achievements by a member of Fishing Lake is former NHL defenseman Sheldon Souray playing 13 seasons for the New Jersey Devils, Montreal Canadiens, Edmonton Oilers, Dallas Stars and Anaheim Ducks. Different recreation opportunities are available in Fishing Lake Métis Settlement including baseball, hockey, golf, a skate park and an extensive network of trails for skiing, snowmobiling and ATVs, as well as different social activities. 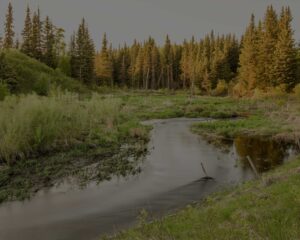