Economic Development Long-term Planning project (Aboriginal Economic Partnerships Program): shortly after the 2016 executive election, the MSGC assembly approved the original long-term economic development planning project. In a nutshell, the project, which is taking place in five of the Settlements, is designed to build economic development plans and structures that support economic development – this started with the establishment of a project working group and passing of a Terms of Reference in 2017. Early this year, the work of conducting asset inventories and opportunity assessments started and is almost complete with only one Settlement left to go. Some of the participating communities have already selected projects for pre-feasibility study. This longterm planning project came with a $50,000 grant for administration and a $250,000 for implementation.

Strategic Partnerships Initiative (SPI, lead by MSGC and Natural Resources Canada, with several prospective federal partners): this federal government partnership is being delivered in cooperation with the long-term planning project, because the initial activities of the planning project are also required for the SPI projects. The objective of the SPI program is to support economic development from the ground up, over the course of 3 to 5 years depending on the selected projects and the stage they are currently at. So far, approximately $3.5M in partner grants is forecasted for the costs related to the pending projects.

Metis Settlements Community Health Assessment: The Health Board received $550,000 between 2014 and 2016 to conduct the 1st and 2nd phases of the Metis Settlements Community Health Assessment (CHA). The first phase was conducted in partnership with the University of Alberta, while the second was conducted by the Health Board and its Coordinator. This CHA is the focal point of all work done by the Health Board. To date, projects have been executed that address the priority areas identified in the findings (i.e. youth programming, mental health, addictions, seniors’ services, etc.).

Data / Surveillance Internship Program: the objective of this 3-year, $625K partnership with Alberta Health is to train 2 Settlement members on Alberta Health data systems, while also providing funding for the Health Board to consult with the communities about a possible Health Data Accord with the province. This concept was born in 2013, as a possible way to equip the Metis Settlements Health Board with hard data to support its advocacy/negotiations for improved, targeted, standardized services for the Settlements.

2017 Metis Settlements Youth Conference: the MSGC and MSHB hosted a health themed conference in September 2017. Eighty youth, 16 elders, the Health Board and several MSGC staff, converged in Edmonton to participate in various hands-on activities, entertainment, games, and presentations. A Kindergarten-Grade12 education engagement was also completed during this conference.

Drug and Alcohol Education / Prevention / Support: this 2-year, $1.15M agreement with Alberta Health supports the local education, prevention and support services for issues relating to drugs and alcohol. This is part of Alberta’s effort to combat the Opioid Crisis.

Building Communities of Care (Continuing Care) Business Case Development: feedback provided to Alberta Health and Alberta Health Services by indigenous communities around the need for agingin-place and continuing care resulted in Alberta Health establishing the Building Communities of Care initiative. This initiative entails two stages of opportunity: 1) accessing a $20K grant for developing a business case ($10K for needs assessment, another $10K if needs assessment builds a case) and 2) applying for a capital grant for a local project. MSHB actively participated in and informed the expert technical group for the design and roll-out of this program.

AHS Cancer Care: Two pilot projects to be delivered as part of a plan to establish a long term sustained program for providing supports and care for cancer patients in indigenous communities. Pilot project communities will be determined in the coming weeks.

AHS Cancer Prevention: a $300,000 grant was secured from Alberta Health Services for cancer prevention initiatives for youth. This grant will provide small pots of funding in 2019/20 and 2020/21 to each of the Settlements to support healthy activities.

Indian Residential Schools: the IRS program is also in its 12th year at MSGC. This program started out initially to assist Residential School Survivors with compensation applications, to support them during hearings and then to continue providing ongoing support. However, with the hearings being concluded, the mandate of the program has expanded. As of almost two years ago, MSGC’s Resolution Health Support Worker (RHSW) and Assistant Facilitator now work broadly in the communities, delivering workshops and support services for intergenerationally impacted families. Most recently in August 2018, the RHSW has now started working with families or individuals affected by the epidemic of Murdered and Missing Indigenous Women and Girls (MMIWG). Educational and support services under any of these areas can be requested, free-of-cost by Settlements.

GAP Analysis: a GAP analysis that identifies services available in the communities was recently concluded. This information informs the Metis Settlements inclusion into Alberta’s “211” system – an online and telephone resource that provides information-seekers with details about local services.

Early Learning and Childcare (ELCC): The Metis Settlements receive ELCC funding independently to support local Headstart programs. MSGC is not involved in this process. Most recently however, Employment and Social Development Canada (ESDC) contacted MSGC about additional funds being made available through Indigenous Skills and Employment Training (ISET). MSGC was informed that $9.5M would be dispersed each fiscal year to Alberta Metis through MSGC and MNAA. MSGC has been attempting to cooperate with ESDC to determine the Metis Settlements annual allocation but has had barriers pertaining to the population that ESDC purports to be using in its calculations. The Secretary’s office will continue to advocate for the Settlements by inviting ESDC to engage in discussions with leadership.

Labour Market and Post-Secondary: Strategic Training Initiatives, overall, has consistently filed satisfactory quarter and annual reports during every year of this 3-year term. Effective April 1, 2018, STI received additional funding for the current 10-year agreement. This funding will escalate slightly for 5 consecutive years and then stabilize for the remaining 5 years to 2028. Because funding is still determined through the flawed NARAM model and because the increase also used NARAM, overall STI funding remains insufficient. MSGC / STI Board will seek a greater increase through the federal initiatives file.

Metis Settlements 101 Learning Resource: MSGC recently received a $65K to formalize its Metis Settlements 101 presentation. Once formalized and approved by the Assembly, MSGC will be contracted by Children’s Services to deliver the program to various audiences through the Ministry. This initiative stems from Alberta’s effort to train all public service representatives about Indigenous Albertans. An RFP will be posted shortly for proponents who are interested in conducting the technical content and graphics work for the project.

Metis Settlements / RCMP MOU: immediately following the 2016 executive election, executive members were informed that there was an outstanding GC resolution (7/8 Settlements in favor) to have the MOU with RCMP K Division amended. Meetings were held with all stakeholders in June and September of that year. It was determined in September 2016, that the MOU did not need amending and that revision of the service agreements would be sufficient for addressing service shortfalls. A task group was formed to work on making these revisions for each settlement agreement. Unfortunately, this centralized process was ineffective, so the process was revisited. This resulted in service agreement templates and funding being provided to the communities to draft their own proposed revisions. Simultaneously, concerns were being conveyed to MSGC about increasing serious crimes in one of the northeast Settlements (two more within the region would later start reporting similar). MSGC subsequently wrote to the Minister of Justice and Solicitor to invite a meeting with the MSGC Board. The Minister agreed and met with the Board in July 2018. Within two months of hearing from the Settlements, Alberta Justice recruited a member to work closely with and support the Settlements on their policing files.

Bill C-91 (An Act respecting Indigenous Languages): Elected Secretary, President and MSGC Public and National Affairs attended a hearing for Bill C-91 in Ottawa on February 27, 2019. I presented to the Parliamentary Committee of Heritage Canada about the Metis Settlements, and I responded to the Bill with recommendations on behalf of the Metis Settlements. Canada has erred in its exclusive consultations and cooperation with the Indigenous Representative Organizations (IRO’s) on the matter of authoring this Bill.

K-12 Expert Curriculum Working Group (Alberta Education): In January 2017, MSGC Secretary presented on behalf of MSGC to the Expert Curriculum Working Group that were tasked with revising Alberta Education curriculum. The message conveyed at this high-profile meeting was that all Alberta children need to be educated about the Metis Settlements starting at Kindergarten through to Grade 12 12, and the terminology in the curriculum needs to change from “First Nations, Metis and Inuit” to “First Nations, Metis, Metis Settlements, and Inuit”. The presentation was received positively.

Child Intervention Panel (Children’s Services): An invitation was extended to the MSGC to present to the Child Intervention Panel, the group that would later author the Stronger, Safer Tomorrow strategy under Children’s Services (a public action plan with 39 recommendations). The presentation was done by three appointed local council members, along with the Elected Secretary.

Emergency Child Welfare Meeting (January 2018, Ottawa): the MSGC Secretary and Public and National Affairs Director attended the emergency child welfare meeting in Ottawa in January 2018. MSGC attended with the provincial ministry, who had recognized that the Settlements were not invited within the Metis delegation. MSGC Secretary addressed the event hosts Minister Bennett and Minister Philpott in a 10-minute presentation at the national Metis roundtable. This time was ceded to MSGC by the former Children’s Minister, Danielle Larivee.

Bill C-92 (Indigenous Child Welfare): one year following the Emergency Child Welfare summit, Canada introduced Bill C-92 (an Act respecting the devolution of Child Welfare from federal and provincial authorities to indigenous communities). This bill was passed in Parliament on June 20, 2019 and will soon become law. MSGC’s Public and National Affairs Director Blake Desjarlais has been working with the Elected Secretaries office and federal representatives to bring the pertinent information to the Settlements. Information will be provided as the legislation develops.

Note: there are several other initiatives that have taken place over the past 3 years. This report covers only the highlights. 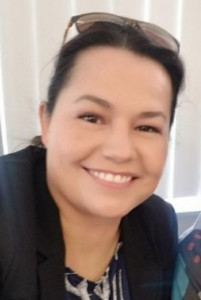